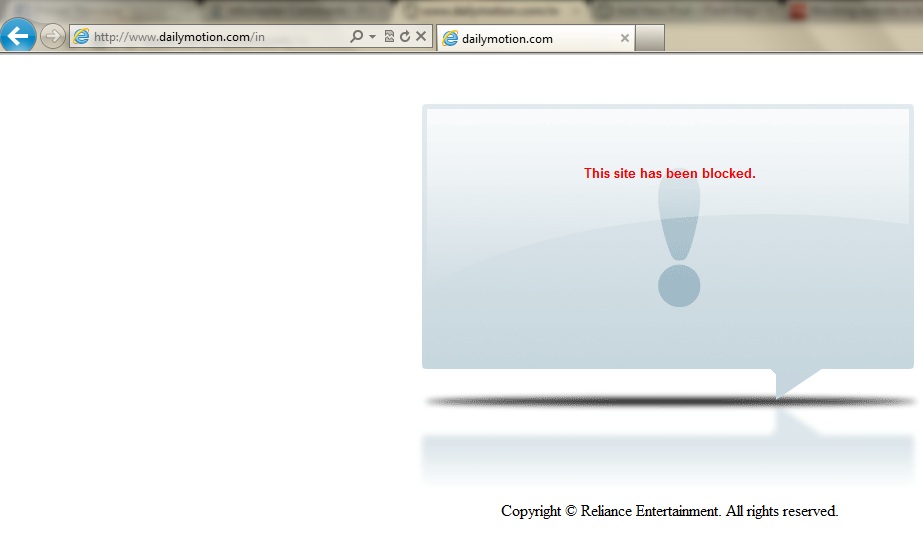 Since Friday morning, scores of users connected to the internet through broadband services provided by Reliance Communications found they could not access major file-hosting websites. Instead of the website page, they were greeted with a message telling them “this site has been blocked”, complete with a line saying the message has been “copyrighted” by Reliance Entertainment.

This is the second time this year that file-hosting websites have been blocked on the Reliance network. Last time it happened was when Singham, a movie produced by Reliance Entertainment, was released. This time the trigger is reportedly the release of Don 2. Sources said Reliance Entertainment has obtained a “John Doe” order from a Delhi court against the piracy of Don 2 several days before its release. John Doe order, a term that originated in the UK, describes a court injunction that is issued against unknown offenders. It is often used in copyright and IP-related cases.

RCOM spokesperson said, “Under Section 79 of the IT Act, an ISP has to adhere to any copyright infringement notice and court crders. Given that Reliance Entertainment has obtained a specific copyright protection online piracy related Delhi high court order for Don-2, we are in full compliance of law.”