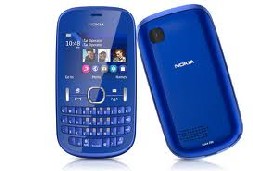 Nokia Asha 200 and Nokia X2-02 are priced Rs 4,349 and Rs 3,599 respectively. The phones offer multiple SIM management that allow the user to personalise upto five SIM cards and easy swap option without having to turn off the phone or remove the battery.

Nokia 200, is the first QWERTY based dual sim device and comes with a two mega pixel camera. All the phones are equipped with in-built Nokia browser.

The Nokia 300 is a music phone, priced at Rs 7,409 comes with a five megapixel camera and also offers connectivity to social networking sites.

To a query on the reason for launching phones in the touch and QWERTY category, he said world over, such phones were becoming the most preferred handsets.

How to Grow Green Grass on Someone's Keyboard