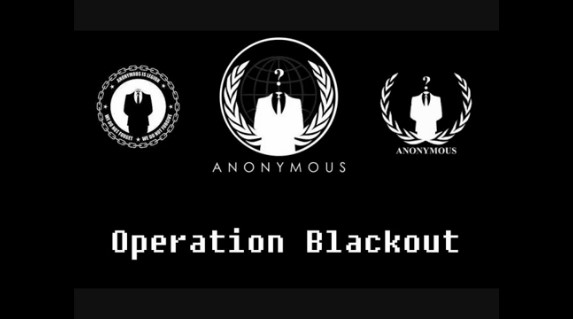 The greatest enemy of freedom is a happy slave.”

To protest SOPA, Wallstreet, our irresponsible leaders and the beloved
bankers who are starving the world for their own selfish needs out of
sheer sadistic fun, On March 31, anonymous will shut the Internet down.

In order to shut the Internet down, one thing is to be done. Down the
13 root DNS servers of the Internet. Those servers are as follow:

By cutting these off the Internet, nobody will be able to perform a
domain name look-up, thus, disabling the HTTP Internet, which is,
after all, the most widely used function of the Web. Anybody entering
“http://www.google.com” or ANY other url, will get an error page,
thus, they will think the Internet is down, which is, close enough.
Remember, this is a protest, we are not trying to ‘kill’ the Internet,
we are only temporarily shutting it down where it hurts the most.

While some ISPs uses DNS caching, most are configured to use a low
expire time for the cache, thus not being a valid failover solution
in the case the root servers are down. It is mostly used for speed,
not redundancy.

We have compiled a Reflective DNS Amplification DDoS tool to be used for
this attack. It is based on AntiSec’s DHN, contains a few bugfix, a
different dns list/target support and is a bit stripped down for speed.

The principle is simple; a flaw that uses forged UDP packets is to be
used to trigger a rush of DNS queries all redirected and reflected to
those 13 IPs. The flaw is as follow; since the UDP protocol allows it,
we can change the source IP of the sender to our target, thus spoofing
the source of the DNS query.

The DNS server will then respond to that query by sending the answer to
the spoofed IP. Since the answer is always bigger than the query, the
DNS answers will then flood the target ip. It is called an amplified
because we can use small packets to generate large traffic. It is called
reflective because we will not send the queries to the root name servers,
instead, we will use a list of known vulnerable DNS servers which will
attack the root servers for us.

Since the attack will be using static IP addresses, it will not rely
on name server resolution, thus enabling us to keep the attack up even
while the Internet is down. The very fact that nobody will be able to
make new requests to use the Internet will slow down those who will try
to stop the attack. It may only lasts one hour, maybe more, maybe even
a few days. No matter what, it will be global. It will be known.

download link in #opGlobalBlackout
The tool is named “ramp” and stands for Reflective Amplification. It is
located in the \ramp\ folder.

In order to run “ramp”, you will need to download and install these two
applications;

The Winpcap driver is a standard library and the TOR client is used as
a proxy client for using the TOR network.

It is also recommended to use a VPN, feel free to choose your own flavor of this.

To launch the tool, just execute “\ramp\launch.bat” and wait. The attack
will start by itself.

The “ramp” linux client is located under the \ramp\linux\ folder and
needs a working installation of python and scapy.

“He who sacrifices freedom for security deserves neither.”
Benjamin Franklin

Evolution of the Computer Virus