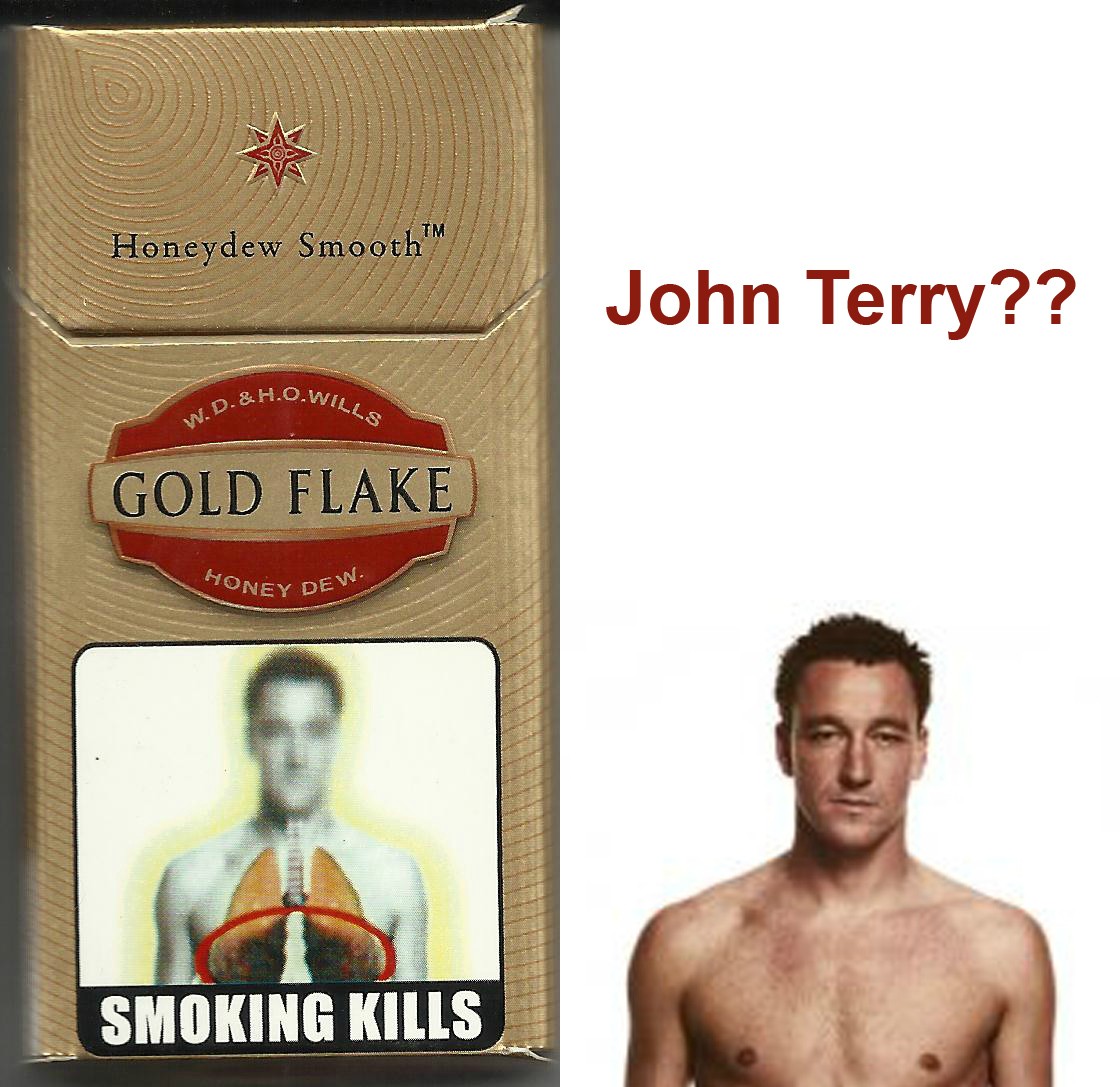 The Gold Flake cigarette packets with Terry’s apparent image were on sale in Delhi on Tuesday.

Gold Flake’s manufacturer ITC and Indian government officials could not be reached for comment.

But an ITC official told the Indian Express newspaper that the company had simply used anti-smoking warnings prepared by the Indian government.

The slightly blurred image of the Chelsea defender has appeared as part of anti-smoking warnings created by the Indian government.

“It’s been brought to our attention that an image of our client has been used on some cigarette packaging without our consent or knowledge,” Terry’s management company said on Tuesday in a statement. “We’ve now instructed our legal team to investigate this matter.”