Posted by Chris Yang, Product Manager, Translator Toolkit Languages can provide identity, pride, a sense of belonging and spiritual guidance to communities. We hope that by making Gmail available in both majority and minority languages, more people w...

Languages can provide identity, pride, a sense of belonging and spiritual guidance to communities. We hope that by making Gmail available in both majority and minority languages, more people will be able to share their culture and knowledge with others worldwide. Today, we’re very excited to announce that Gmail is now available in Welsh and Latin American Spanish. You can select Welsh and Latin American Spanish as your default language in Settings:

Welsh, as a living language, is used by an increasing number of speakers, in their everyday life. For this project, we’d like to thank the Welsh Language Commissioner for working with us to make Gmail available to Welsh speakers around the world. The project was completed through Google Translator Toolkit, which is a Computer-Aided Translation tool supporting over 100,000 language combinations. 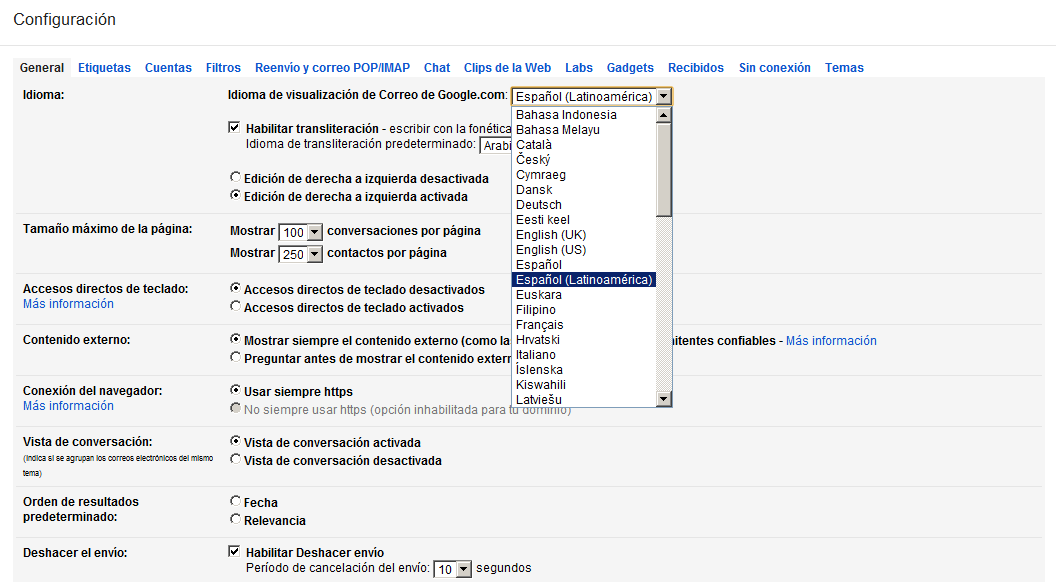 Spanish is spoken by more than 300 million people in the Americas and the Caribbean. The Latin American Spanish version of Gmail is designed to be a closer match to the expectations of Spanish speakers in the Americas.

These two languages bring the total number of supported languages in Gmail to 56.

Computer, respond to this email: Introducing Smart Reply in Inbox by Gmail

Stay in control with Block and Unsubscribe

Inbox by Gmail: Snooze to just the right time