Seems like Anonymous’ AntiSec campaign is gaining ground internationally. Italian hackers tied to Anonymous are claiming to have acquired a “Pandora[s] box” of data stripped from Italian cyber police servers. 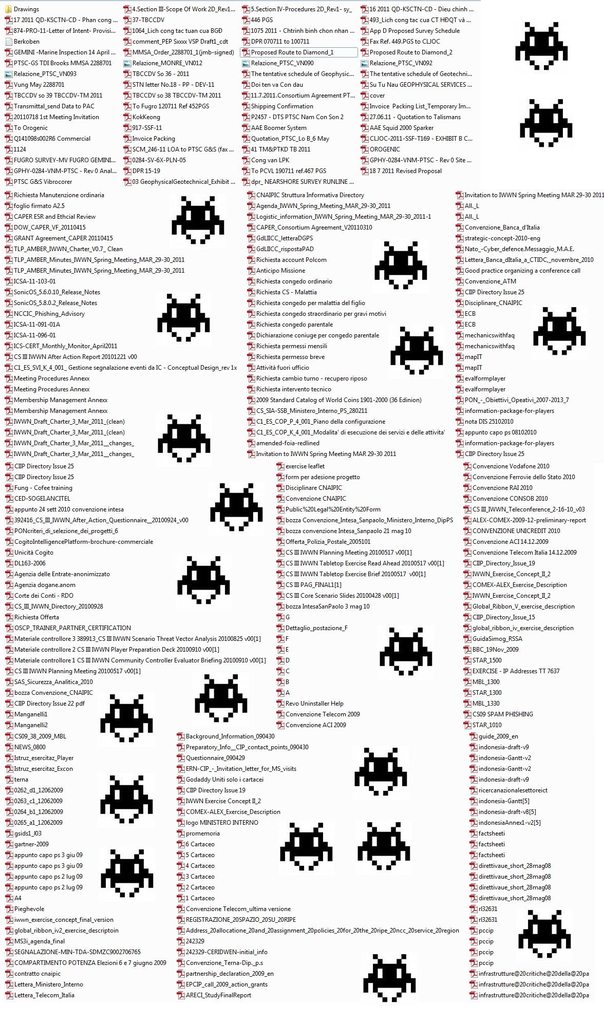 Heynow,
This is a prerelease of a series we are going to make to reveal the biggest in history of European LE cyber operation Evidence exploitation and abuse. Thing’s gonna get published and twittered all over anonymous and lulzsec community.

Today we were granted with the Italian law enforcement Pandora box, we really think it shall be a new era of “regreaissance” to the almighty Homeland Security Cyber Operation Unit in EU.
So we decided to leak everything they got since they were established as a full scale cyber taskforce named CNAIPIC.

This corrupted organization gathered all the evidence from the seized property of suspected computer professional entertainers and utilized it over many years to conduct illegal operations with foreign intelligence agencies and oligarchy to facilitate their lust for power and money, they never used obtained evidence to really support ongoing investigations.

Today we reveal a whole Load of stuff (estimated leak would be over 8Gb) from such owned institutions, just to make it clear all of this stuff was stored on CNAIPIC evidence servers for years while people are doing time in jail waiting for the trial while CNAIPIC used the evidence in the global spy game galore:
Egypt: Ministry of Transport and Communication
Australia: Ministry of Defence
Russia: Atomstroyexport, Diaskan, Sibneft, Gazprom etc.
Ukraine: several embassies and consulates on it’s territory
Nepal: Ministry of Foreign Affairs
Belarus: Ministry of Foreign Affairs, Belneftehim, Belspetzexport
Gibraltar, Cyprus, Cayman Islands etc: Tecno Develp, Line Holdings, Dugsberry Inc, Alpha Prime, Alpha Minerals etc.
Vietnam: PetroVietnam (PTSC), Ministry of Natural Resources (MONRE)
USA: EXXON MOBIL, US Department of agriculture and hundreds of attorneys and DOJ accounts including: McCallion & Associates LLP, Goodkind, Labaton, Rudoff & Sucharow, LLP, and hundreds of bullshit agencies we don’t even know why we pay taxes to support all of them.

Is the image preview to get a glimpse on what is meant to be said.

http://depositfiles.com/files/tm7zeqiq9
first of 2 preview archives with preview documents to get a general idea.

Thank you all,
Stay tuned…4 update on this one.
NKWT LOAD

How does a touch screen works?